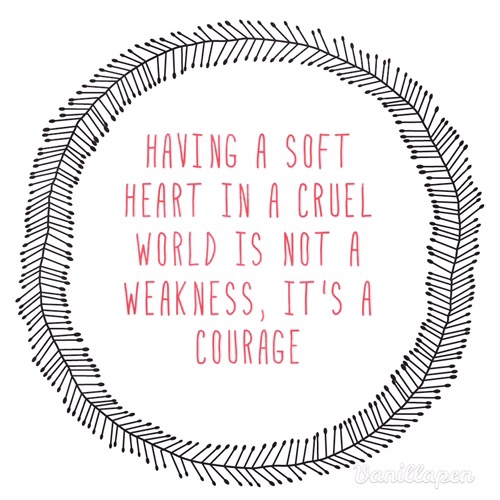 Stop the world from spinning around

An echo on the water

Another rising tide, another storm to fight

Come and take me

Is this just a wicked game?

Will it wash with the next rain?

Can’t give in I can’t give up

Throw myself to the unknown

Chasing out the sunlight

Another rising tide, another storm to fight

Forgiving yourself is far more challenging than forgiving someone else because you must live with yourself and your thoughts 24/7. Despite the challenge, emotionally healthy people must have the capacity to forgive themselves when they have made a mistake. When you forgive yourself, you are not pretending as though it never happened. On the contrary, you are acknowledging that your actions have consequences. But the consequences need not include self-inflicted negative feelings. Not forgiving yourself is like picking at an open wound; you are only making a bad situation worse. The wound is already there, but you do have control over your reaction to it, and you can stop it from getting worse.

It is hard, forgiving yourself. You keep blaming yourself for taking that turn & not seeing a truck coming your way. A split second later, boom, you ended up with a heavily dented car and guilt that could last for eternity. You keep cursing yourself for not being a good enough person, for holding grudges and not letting go. You’re sick of your own stupidity, weakness, fears, and cowardice. You keep getting angry at yourself for the goals that are left abandoned. The wounds, they’re invisible but they keep eating you alive. Creating doubts big enough to make you question your sanity every second of the day. Touch your wounds with forgiveness, be gentle to yourself, they said.

Being stationed at Puskesmas both in Surabaya & Jombang, without so much of basic knowledge about surgery, obsgyn, ear, and eye disease is like flying blind. I literally didn’t know what to do when a guy came in with little red nodule on his eyelid. I was literally alone, can you believe for a clinic that has roughly 200 patients a day they only have 1 doctor? Well, 2 if you count the dentist into play, in the midst of all panic and chaos –inside my head- I managed to prescribe him broad spectrum antibiotic, NSAID, with a little panicky message to come back immediately if the symptoms get worse. My friends often doubt me in many situations that I was in panic attack; I seemed composed. Oh boy, trust me, my head is a scary place. Surprised to see my limbs worked at all.

I was also amazed when a nurse pulled corpus alienum (like dust, insects, crumbs) out of patients eyes. Little did I know that I’d find corpus alienum cases on daily basis here in this eye department round. So you see it almost looks like a waste of time and opportunity to learn, when you have IKM-KP & CM in the first round. You know only a little, you have no confidence, thus you can’t optimize the time you have in Puskesmas dealing with 4A-competency cases, for me anyway. Like, I think we missed out a lot of things.

I also love to point out that they only have 1 doctor on duty each day. So it’s not a shocking sight to see when multiple nurses step in and handle the patients. Handle as in doing anamnesa, physical exam, down til prescribing meds. They treat patients based on experiences, not formal knowledge. They score some points in the way they communicate with the patients tho. Idk they have that charm. Few nurses even have their own clinics in some rural places. Turns out not so many doctors want to build their career in Puskesmas. Idk I lost interest too. Puskesmas’ concern is not only about individual health. It takes part in community medicine and mostly preventive acts. So there are lot of field trips going on, lot of talking to society, yada yada yada – which I’m not good at.

I like working in a quiet, organized place. I have a hard time dealing with surprises & spur in the moment kind of situation. I know I have to learn to adjust, sooner or later… Okay let’s stop before I have life-goals-induced-anxiety.

One step at a time.

Between stressful days in IKM-KP (and now hectic schedule in the Eye department) I managed to squeeze in few series to watch. I’ve done Quantico, The Magicians, Blindspot, 2 Broke Girls season 5, Marcela, The Night Manager (Love to talk about it all day but right now’s not the time. I know Tom can date & fuck whoever he wants and my opinion is invalid but still. Taylor Swift?), and now I’m catching up with Pretty Little Liars. Oh I have lots of catching up to do. I’m 3 seasons behind! Ugh. I was so addicted to it on my first year of college (no night shift, no scrawny PPDS, no stressful group projects), never missed one episode. The story got more and more complicated, and I became less and less interested in keeping myself in the loop. Meh. Enough drama in real life. But I still read few glimpses of each ep’s promo on my twitter feed. Recently I become more active on instagram, not on my private acc, I made a troll account you know, to stalk celebs. Okay that comes out creepy, stalk is probably the wrong word. Observe. I use it to observe celeb’s life. Isn’t that the point of socmeds tho? To connect us with someone faraway and unreachable? I mean, I don’t get people who ask a friend for a follow back, like, aren’t you getting enough of ’em in real life, like, why would you wanna know where he’s been, who she’s with etc- when you can ask them face to face? Again, I couldn’t careless if A made a move on B while A’s still with C, or whatever fucked up scenarios my popular friends had that’s worthy gossiping about.

But celebs fascinate me. Not local celebs, God no. I follow a bunch of UK-based youtubers like Joe Sugg, Jack & Conor Maynard, Lucy & Lidya, Jim Chapman & Tanya Burr, they’re super sweet. Singers, models, actors (NPH & David Burtka, their kids are adorbs!), writers, producers, etc. And I happen to follow all PLL’s cast. Seeing all their updates about the set, posters, teaser and all that jazz sorta gives me an urge to catch up with the show! God knows I’ve been holed up in my room in the past 2 days working my way up from season 3 to 6 (20+ episodes each, here comes dry eye syndrome- a condition in which your eyeballs don’t have enough tear films cause you’re too focused on screen thus you don’t blink properly & it results to itchy / sandy feeling in your eyes). Spencer is still my fave! She’s smart, fierce, & sarcastic. She looks that way too in real life (Troian). I can tell from her IG post that she’s not just that typical “it” girl. She’s quirky and smart. She’s engaged too, if I’m not mistaken, with that guy (Mark?) from Suits. Of course I ship ’em doh. A friend from twitter told me that they broke up once, back in 2012/2013, and he tried to win her back by auditioning for a role in PLL, so that he could be in the set and get close to her, maybe. He got in as a guest-star, and the next thing I know they’re back together. Ain’t that sweet?

PLL is all about blackmail. Seriously, how can they keep up with that heavy amount of lies, secrets, and set up. But that’s the charm tho. You can’t quit until you figure out who this A is, or what’s the girls’ next move. It’s not the kind of show that has different story in each episode. Episode 1 leads to 2 and 3 and 4… You just can’t rest your head mid-season. Well you can, but then curiosity will haunt you. I know story and script-wise, this is a typical teens show with famous & gorgeous cast, shiny outfits, shiny everything, with non realistic scenes (imagine going to school wearing different dress everyday, make up-on, holding only a hand bag, no sleep-deprived face cause you’re facing multiple exams, etc lol. I know, they’re called fictions for some reasons). But I quite love the suspense and mystery. I love series that can make us curious. I’m not into fashion that much but I gotta admit that PLL’s team put great effort into making these 4 girls …lovable. They hold the show together. They’re the x factor.

Now talking about Blindspot. I love Blindspot. The story is so much bigger than just FBI. It’s intercontinental, multiple agencies, each clue leads to even bigger and more serious crime. Nice props too. I can tell that it ain’t some cheap tv show. BUT, it’s a big but. They fricken killed David. They. Killed. David. I was one step away from trashing my laptop on the ground. Why. Just when my ship’s about to sail. I jinxed it didn’t I? In my blog post? Anyway they try to set Patterson up with that british shrink. No major lovey dovey scene, yet. They’re still toying with the idea, I think. But it’s there. Ready to launch whenever they deem necessary. You know what makes it even more sad? In an interview Ashley Johnson (Patterson) revealed that she had fun times filming with David in Blindspot. They’re quirky couple and they matched. On the last day of filming  David repeatedly said, “does he really have to die? Really?” Gosh I desperately hoped that there’s more to the story than just that. Like maybe David was secretly  a CIA agent and faked his death for greater good or whatever. But when that scene came out (Patterson was sitting alone in a table for two that David had ordered months ago to celebrate their anniversary, she spent the night doing their favorite crosswords- And then ghost David appeared, as part of Patterson’s memories, saying that he got one tattoo puzzle solved for her) I knew that he’s really dead. Such a heart wrenching scene. I love/hate scenes like that. Goodbye letters/ videos, relieving old memories, anything to do with dead relatives and memories. It gets to me more than anything else. Name one episode of Ghost Whisperer that I didn’t  cry over. None.

I know OSCE is coming closer (less than 2 weeks to go) but I just want to dial my anxiety down a notch and enjoy this short holiday (when the night shift’s still on is it even considered as holiday?). I’ll be on duty D-1 and I’ve been freaking out since the day the schedule came out. I tried to relax, chill, and chant whatever happens happens. I know I’m able, deep down I know. But this stupid doubt sometimes resurfaces and I’m scared shitless. Doing TV series marathon helps, in a way of avoiding & momentarily burying my anxiety. It won’t last long, but I will get my hands on anything, anything that can ease this- anxiety, stupidity, whatever this twisted thing is. I will do anything to survive. ‘M not giving up. 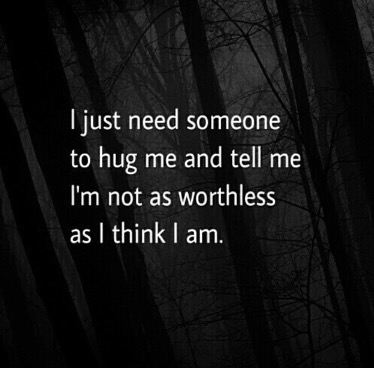